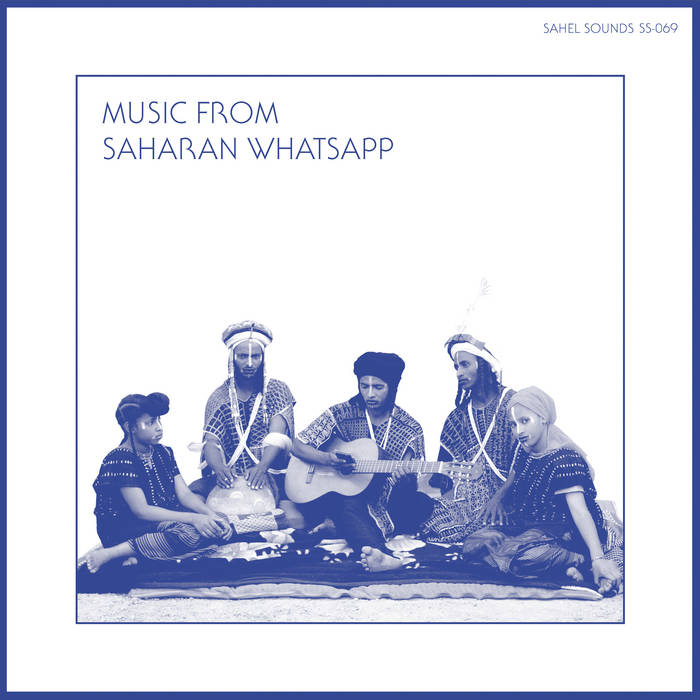 I’ve been a fan of the record label Sahel Sounds for a while now. They brought to the global stage excellent artists such as Mdou Moctar. They have outdone themselves with this latest compilation. In 2020, the label invited artists from the Sahel (southern Sahara) to message them songs via WhatsApp. They released 11 EPs of Saharan WhatsApp that year. This album includes selections from each EP.

The tracks were almost always recorded at the artists’ homes, on budget and “obsolete” phones that cost less than dinner at Olive Garden. The tracks are raw, unbalanced (some have less “sound mixing” and more “whatever the phone’s mic could pick up”) and full of background noise (in one track there’s definitely a conversation in the next room) – but this is an intimate link to a wild, innovative music region full of tradition and experimentation. 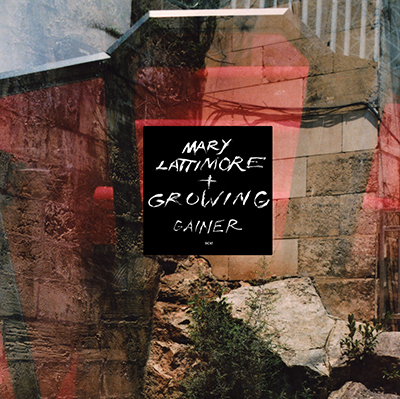 Mary’s a harpist who resides in Los Angeles, while Growing is an ambient drone band that’s been around for years, originally from Olympia, now in Brooklyn. Unsure how this collaboration came about, but it’s fantastic. Floating in the heavenly golden trimmed clouds, with lush waves of undertones and glorious droned harmonies. Side A wafts in such a comforting way, it sounds like the track itself is breathing. Goosebumps and butterflies. Side B showcases Mary’s harp playing beautifully. 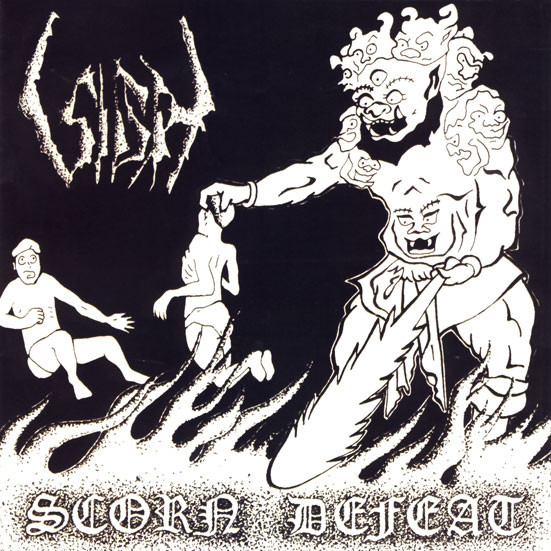 This album predates the well beaten tropes of Black Metal and would fail to slide easily into any categorization in any decade. Originally put out on cd by Deathlike Silence (this release wears a dedication to Euronymous on its back cover), it has been pressed and repressed in dozens of iterations over the last nigh on thirty years while remaining relatively cvlt. The influences are apparent, Venom, Celtic Frost, Mozart, Mayhem or Gore perhaps, but this album veers aggressively into and through so many different genres it is likely to be ignored or dismissed by both the purist and the poseur. Many varied compositions with even more varied instrumentation, it isn’t blindingly fast or technical (except the dizzying piano passages), nor is it sludge, it isn’t “lo-fi”, it isn’t satanic (it does, however, allude to the wrathful side of the Buddhist pantheon), and it isn’t even in Japanese (all tracks are in a relatively well pronounced [but not “clean”] English [no FCC’s]). Though it might be “cold” and “grim” at times, it can be flowery, delicate, and atmospheric as well. It also benefits from a slightly quaint quality, so young and fresh of corpse-paint laden face were they, and though Sigh would go on to much more flamboyant and progressive albums, this one (their first full-length), is stretching to find its voice, fingers curling around an identity, in an effort to establish itself with wildly different tones and moods while somehow remaining at its foundation, Black Metal.

Sigh is helmed by Mirai Kawashima (bass, keyboards, vocals) which began as Ultra Death in 1989. “Scorn Defeat” was recorded with two of his cohorts, Shinichi Ichikawa (guitar) and Satoshi Fujinami (drums, percussion) and would make up the core of the band, though Fujinami would abandon the drum throne in 2001 and take over bass duties. Also of note is the early photograph (inner sleeve) of “Shinichi” in full Black Metal regalia by some unknown lake, in broad daylight, nestled in some little park somewhere near or within the sprawling metropolis of Tokyo, with a flaming glove held aloft while wielding a katana, harkening back to a fledgling, far more underground, and perhaps more innocent BXM scene. 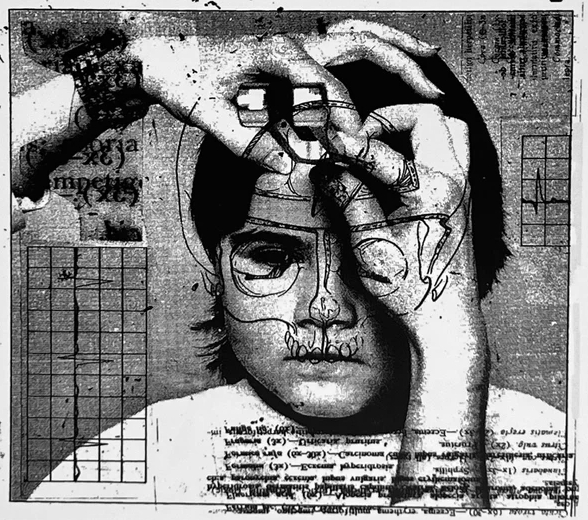 If Br’er Fox chased  Br’er Rabbit into the briar patch and couldn’t get out for twenty-three minutes and twenty-nine seconds and affixed to the thorns of the briar patch were contact mics, his blood was white-noise generators, and if poor Br’er Fox were strapped to a broken modem (on battery power) from 1997 you might be approximating “Fractures” by Cold Storage. Not the harshest noise but not at all comfortable either. Put it on at the end of your set to avoid spreading any residual strains of plague that might have collected in your reeking facemask and delight in the discomfort of the next volunteer and/or listeners that stumble upon the charred remains of your normally delightful and eclectic sets.

I could find absolutely nothing on this project other than it may have been recorded in Texas, just the way I like my abstract and unsettling artists…. invisible and mysterious. 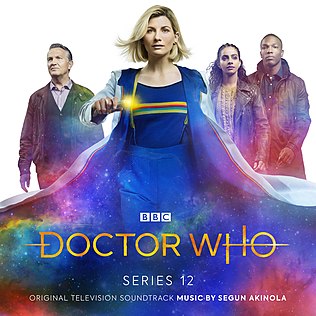 More of Segun Akinola’s music for Doctor Who. Unlike the series 11 release, this set is presented in story order, so it feels a little more of a mix. There’s still a lot of the kind of atmospheric tracks that Segun brought us in the previous series, plus he gets to branch out a little bit more. Some of the highlights (for me) was the Bond-esque music – especially in “Doctor, The Doctor” – a little playfulness in “The American Sense of Humour” and the sad Celtic fiddle of “Brendan” and “The Fall”. Of course, being a Doctor Who music CD, you can never go wrong with the title music – the best of the current era, but do enjoy some of the other offerings. -pi2r 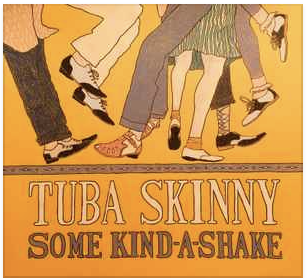 Tuba Skinny – “Some Kind-A-Shake” – [Self Release]

Tuba Skinny is a jazz band from New Orleans. For over 10 years the band has evolved from a loose collection of street musicians into an ensemble of excellent players dedicated to bringing the traditional New Orleans sound to audiences around the world. Their range of musical influences is from spirituals to Depression-era blues, from ragtime to traditional jazz. Their sound evokes the musical heritage of New Orleans. Their loyal following likes their distinctive sound, their commitment to reviving long-lost songs, and their live performances. This release is from 2019 and is primarily ragtime and traditional jazz. Instruments: sousaphone, trombone, clarinet, cornet, alto sax, banjo, guitar, percussion. Some of their other recordings include a washboard (frottoir). AArbor 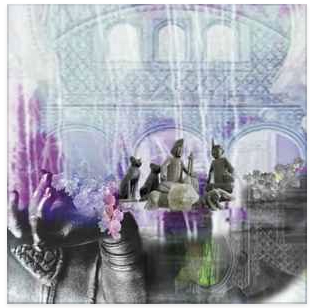 Ikue Mori was born and raised in Japan. She says she had little interest in music before hearing punk rock. In 1977, she went to New York, initially for a visit, but she became involved in the music scene, and stayed. Her first musical experience was as the drummer for the no wave band DNA. Though she had little prior musical experience (and had never played drums), Mori quickly developed a distinctive style: One critic describes her as “a tireless master of shifting asymmetrical rhythm”. This is her latest release on the Tzadik label. There are 7 tracks, each paying tribute to a woman who has inspired her. Mori’s notes give you a sense of each woman. Each track is quite different with somewhat different instrumentation although all include digital electronics. Of note are: track 2 which includes traditional Japanese instruments and sounds as well as prepared piano, and track 7 which includes bagpipes. AArbor 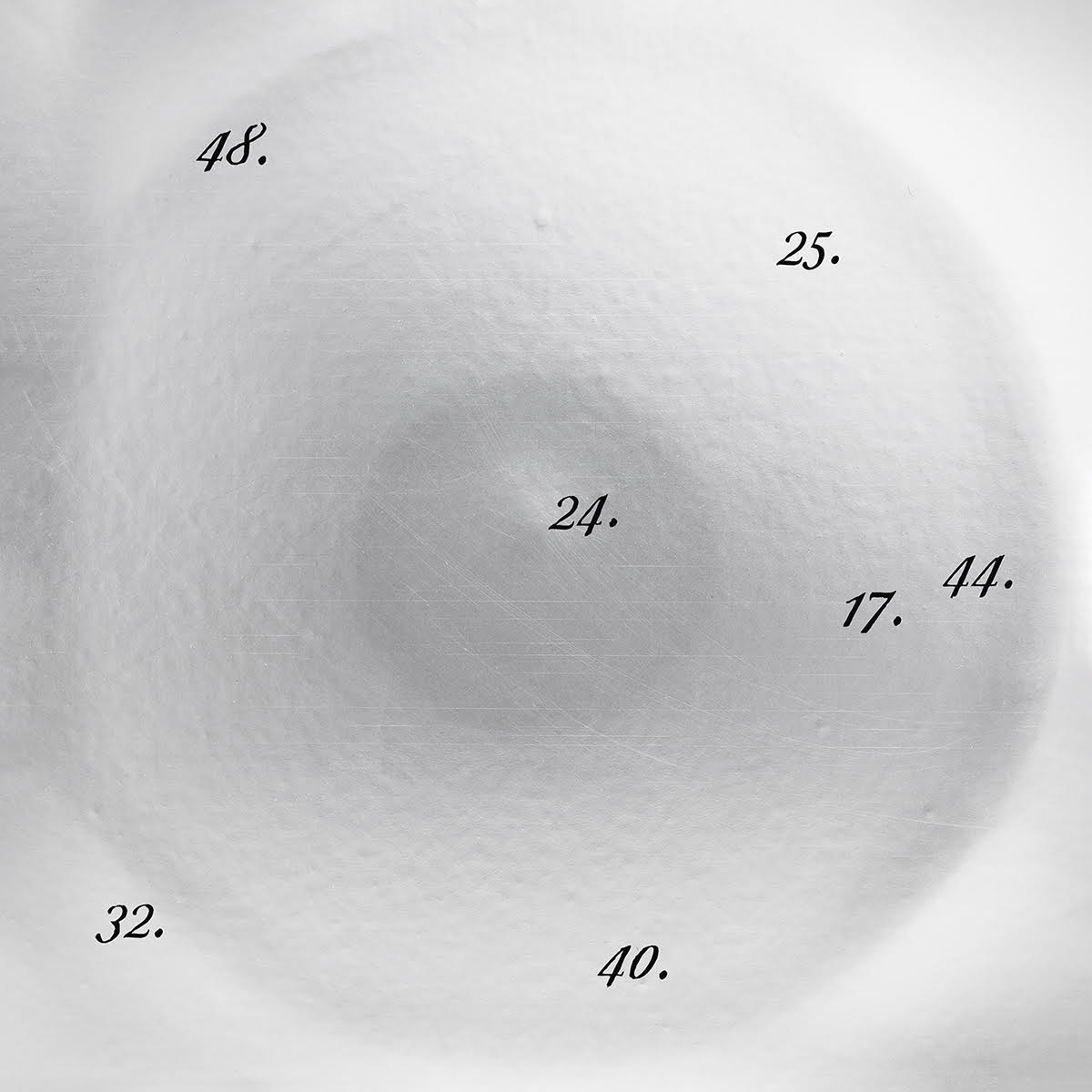 This Illinois hardcore-math-punk band was around throughout most of the 1990’s, unbeknownst to me. Here is the 25th anniversary deluxe 2-LP reissue of their ‘Discipline Through Sound’ album and it’s surprisingly great. Record 1 is the original LP, recorded by Steve Albini so you know it’s going to be satisfyingly loud and sharp. Record 2 contains demos of the songs and some outtakes, and tracks from a split EP they did with Oxes. Solid playing throughout. One of my first impressions was that Big’n sounded a bit like US Maple would sound if you owed them money and they came to your house and slapped you around. Then I found out the guitarist is USM vocalist Al Johnson’s brother. So there’s that. Speaking of vocalists, the singer in this band is the epitome of full-tilt throat-wrecking mayhem. These are love songs about doubt and torment and misdirected passion. Add to that some angry yet precise guitar, bass, and drums and… man… this thing rocks hard. Super hard. Turn it up! 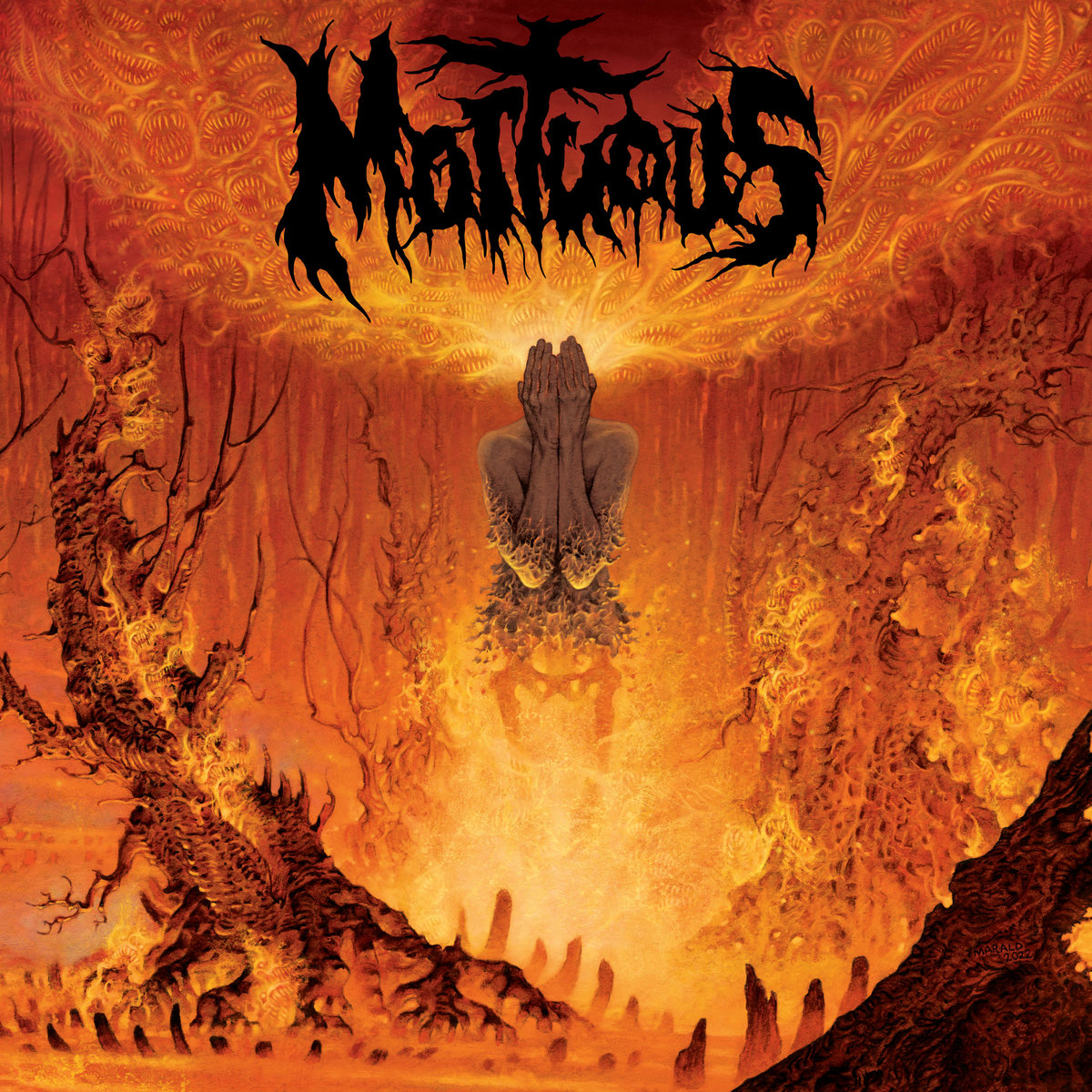 The latest full-length release from this legendary Bay Area death metal collaboration, and their first full-length in four years. Relentless pursuit of concussive obliteration. Sudden tempo changes, super-tight and cacophonous. It’s hard to predict where they’ll go from one passage to the next within one song. “Nothing” has a great breakdown in the middle of the track with a violin part deftly mixed into a brief period of relative respite and calm. They want to explore all the sounds of death, like the unhinged high-register guitar solos in “Metamorphosis”. Clear the path for “Days of Grey”, a more straight-ahead driving maelstrom that devolves into a dirge befitting the title. It has a cohesion some of the other tracks don’t have, though the discohesion of those tracks is part of their allure. Blastbeats welcome us to “Defiled by Fire”, while the violin returns to take us out. Soaring guitars amidst the churning murk of “Burning Still…”.  Most tracks clock in around 4 to 5 minutes and all are worthy, each skillfully presenting a variety of delirious and devastating sounds with dizzying technical precision and, most importantly, unchecked fury. 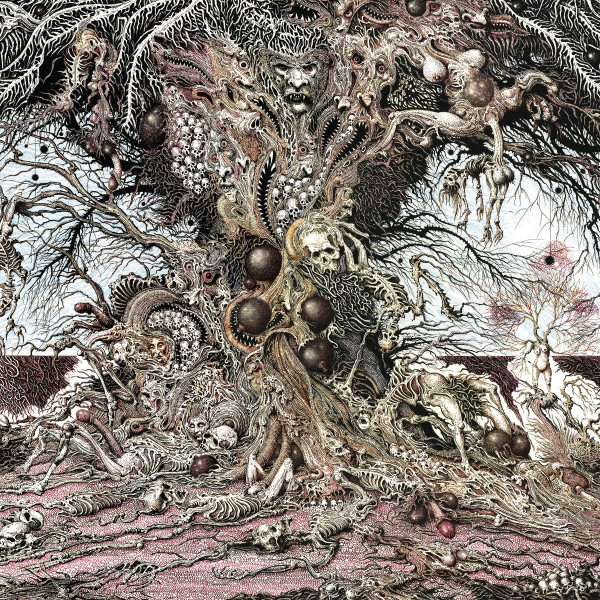 Lovecraftian themed technical Death Metal three-piece execute their demented crawl through a deranged gauntlet of sonic malevolence with considerably complex arrangements and deranged psychedelic and doom elements. Frenzied and precise, many of the medium length compositions plough through more notes than centuries Cthulhu has slept. Do colors exist at hyper speed or do they melt like the mind of a lunatic in the presence of the Old Ones? Does the syrup fail to drip as winter descends on New England?

I was initially drawn to this release by the cover art by one Ian Miller who captured my youthful but critically scarred heart when I fell under the spell of the table-top strategy war games of Games Workshop in the late 80’s and inspired and corrupted me further into the decrepit realm of the Chaos Legions. He was an incredible influence on my developing brain and an excellent match for this album, which in my opinion, would be more than suitable aural backdrop for a hardcore miniature painting session.